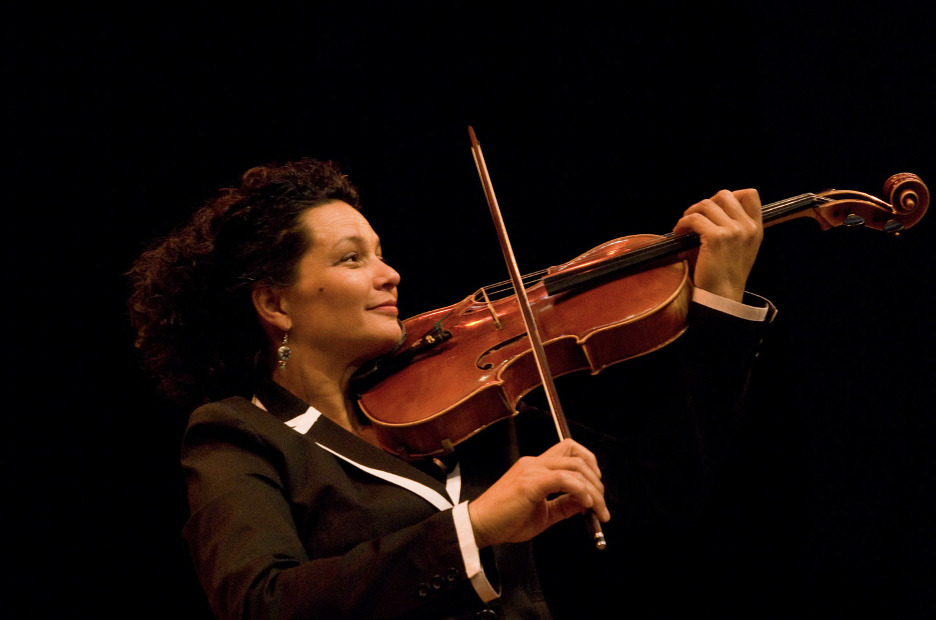 In this master class, viola player Esther Apituley explores and pushes musical boundaries together with the participants. Classical music is abstract, but what images emerge when you listen to it? What is interpretation, what do you choose and with what reason? Is the composer always right? Where is the invisible layer in music? How important is that one note and why? Big questions are raised by Esther in a light-hearted way, leading to interesting conversations and a deepening of one’s own musicality. No matter what instrument you play, and at what level.

The world of classical music is traditional, educated and serious. Musicians are expected to play exactly what the composer has written down. In this Masterclass, Esther offers techniques to masterfully color outside the lines, which leads to more dynamics in your play and a more personal timbre. It is also a simple and quick way to further develop your own musical skills.

Playing together with others is an important theme during this Masterclass week. You can register as an ensemble, but you can also be paired with other participants on the spot.

You learn to listen in a different way, to each other but also to the story behind the music. You will experience that classical music makes it possible to mentally detach from the world, that you can be transported to another dimension. There is also a lot of attention for improvisation during this masterclass week. Esther will teach you to handle your instrument more freely, which will bring both technique and the joy of playing to a higher level.

In every room there is a piano ready for the participants. It is recommended to bring other instruments yourself. If necessary, we also have a (limited) number of loan instruments available.

The productions of Esther Apituley take different forms but are all characterized by one mission: To make classical music accessible to a wider audience. In addition to her success in the Netherlands, Apituley has also caused a stir internationally with her “Theatrical Concerts” – she toured Spain and the U.S., receiving rave reviews. Soon she will return to NY with a new program.

As a soloist Apituley has performed with the National Ballet Orchestra, the North Holland Philharmonic, the Brabants Orkest, the Metropole Orchestra and the Radio Kamerorkest. With her own ensemble she played at home and abroad, including in Morocco, the Czech Republic, Austria and Cyprus, Spain, Italy, Germany and Indonesia.

Esther is much in demand for Masterclasses and festivals. Not only in the Netherlands, but also in Austria, Spain, Sweden and America. At the largest classical music festival of Brazil in Campos do Jordão, she has given master classes several times.

Would you like to sign up for this Masterclass week or do you have additional questions? Let us know using the form below. We will get back to you soon with more information.